Cesar Perez, a recent graduate in multimedia communications, got his start in the film industry by unusual means: he missed a casting call.

“Magic Mike XXL was filming in Savannah, so I sent in my resume and got called in, but I wasn’t able to go because I had exams,” said Perez.

Although Perez could not work on this particular film, the casting director, one of the biggest in the Southeast, asked Perez to keep in touch. This relationship ultimately led to stand-in roles in several films and TV shows filmed in the area, specifically in Georgia. Now, only a few months into his acting career, Perez has already worked alongside such household names as Robert DeNiro, Zac Efron, Danny McBride, and Adam Sandler—and that’s only naming a few. 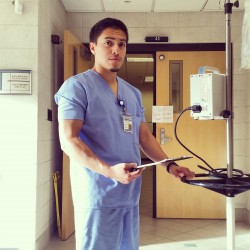 Perez explained his role in these movies: “As a stand-in, you’re essentially an actor’s double, so you do everything they do in a scene. You help them set up the scene and prepare for filming it.”

Despite the job’s obvious perks, filming high-profile projects with Hollywood’s elite certainly isn’t an easy job. Sometimes, shoots can go on for hours, occasionally extending into the night.

“It is pretty exhausting work depending on the scene,” said Perez. “It’s time consuming, but everyone does their best to make sure everything goes smoothly. It’s all worth it for the finished product.”

Perez’s initial goal was to work in television production, but he’s content with the unexpected turn his career has taken. For now, he plans to stick with acting, but he’s open to whatever comes his way.

“Since Georgia’s film industry has grown so much, I may stay here,” said Perez, “but if opportunity knocks, I’m willing to take it.”